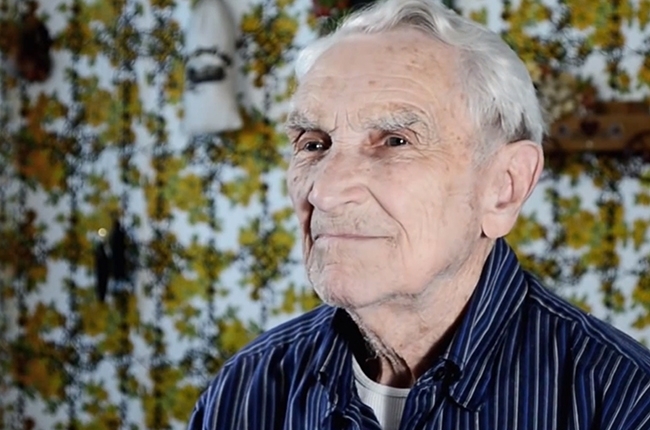 “Oh sweet Lorraine,” the song begins. “I wish we could do all the good times over again.”Fred Stobaugh, from Peoria, Ill., wrote lyrics to what he called “Oh Sweet Lorraine” after his 91-year-old wife passed away last April.   In 1938 the couple met and fell in love at an A&W stand and were then married for 73 years.

“After she passed away, I was just setting in the front room one evening by myself,” Fred says of when he wrote the song. “It just come right to me almost, I just kept humming it … it seemed like it just fit her.”  Stobaugh, who’s not a musician, entered the lyrics into a singer-songwriter contest at Illinois’ Green Shoes Studios.  His entry was like no other, said Green Shoe’s Jacob Colgan. Instead of a YouTube video link, Stobaugh sent a large manila envelop with the lyrics written in a letter.  “I started to read the lyrics and was so touched by the song and without even meeting Fred we thought, we’re going to do something,” Colgan said.  With Stobaugh’s permission, Colgan set the words to music and brought the song to life.

The song has topped the iTunes chart at #7 and the Billboard chart at #49!