2017 Janitor of the Year inspires students and faculty 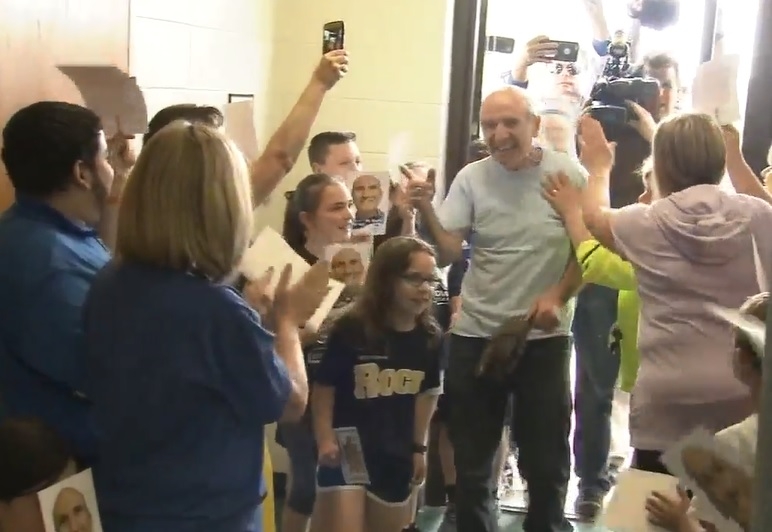 Ted Qualli, the 66-year-old janitor at Newtown Elementary School, knows the names of every one of the school’s 850 students.  Of course he is the first person to arrive in the morning and the last person to leave at night.  But he does much more than cleaning classrooms.  He wears his old Air Force uniform on Veterans Day and talks to kids about his service.  He grows countless plants and gives them out to the staff and student body.  Most importantly, he talks with the kids about life and teaches them that some of the most important things you learn, you won’t find in a book.  He explains to the kids:  “You got to listen.  You listen, everybody has a message that they’re trying to tell you.”

“He’s the guy that’s unsung.  He’s the guy that everybody knows is the go-to person.  He’s the guy that keeps the ship afloat,” says principal Kevin King.  As one student puts it:  “He does all this stuff, and he does it with a smile on his face.”  A parent expresses her appreciation: “They just don’t make them that way anymore.  He is just absolutely one of the most amazing human beings on this planet.”

The town of Newtown declared a Ted Qualli Day in his honor.  The parent-teacher moms sang him a song at the announcement of his award.  He received a $5000 cash prize from the Cintas Corporation.  And the kids, well, they just love him.