By: The Good World News Team
In: Sports 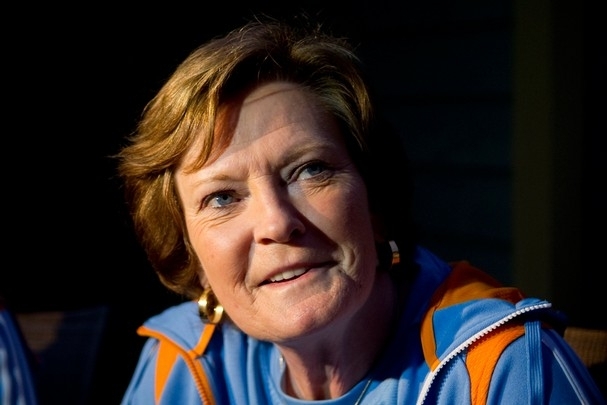 Summitt, the all-time winningest coach in men’s or women’s college basketball with 1,098 victories, retired in April after 38 seasons, during which she led the Lady Vols to eight national championships.

“I am humbled to receive an honor bearing Arthur Ashe’s name and to join an amazing group of recipients who have received the Ashe Award at the ESPYs. Besides being an incredible tennis player, I genuinely admired Arthur’s honesty, integrity and conviction in all areas of his life on and off the court. I will proudly accept this award,” Summitt said in the statement announcing the honor.

The Arthur Ashe Courage Award is presented to individuals whose contributions transcend sports. Boxer Dewey Bozella, who was imprisoned 26 years for a murder he didn’t commit, before being released in 2009, was the recipient of the 2011 award.

“Pat Summitt’s accomplishments as a coach and mentor are unmatched as she has dedicated her life to serving as an inspiration and a motivator for generations of young students and athletes,” ESPN executive vice president of programming and acquisitions Norby Williamson said.

“As she enters this next phase of her life focusing on transforming her personal adversity into making an impact on the fight against Alzheimer’s, we could not be more proud to honor her as the recipient of the 2012 Arthur Ashe Courage Award,” he said.