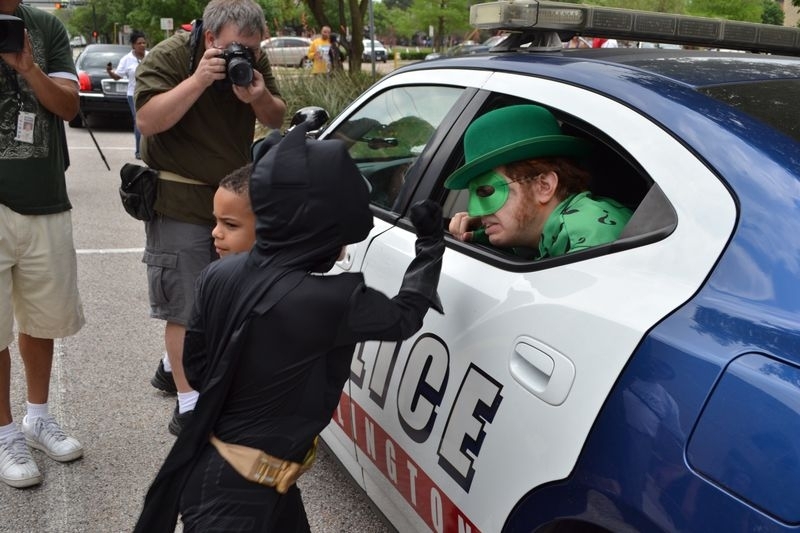 Kye is a 7-year-old boy with big dreams.

His greatest wish? To be Batman — battling bad guys in a high-octane action movie, the Star-Telegram reports.

Kye, who lives in Arlington, Texas, is no stranger to battles: He is constantly fighting oneagainst leukemia.

With elaborate sets, ‘actors’ and a small film crew ready for his big debut, Kye starred as the (mini) Caped Crusader in this short video produced by the Arlington Police Department.

According to Krypton Radio, Kye’s surprise adventure included apprehending the Joker during an attempted robbery and foiling a ‘car bomb’ set by the Riddler near City Hall.

Then, at the end of a full day of crime-fighting, Arlington Assistant Police Chief James Hawthrone presented Kye with a key to the city.

“I just want to say — that was fun,” the pint-sized hero told the Star-Telegram.

“Kye, A 7-Year-Old Boy With Leukemia, Gets To Be Batman For A Day Thanks To Arlington Police And Firefighters”. Huffington Post. 16 April 2012. Web.