By: The Good World News Team
In: Random Good News 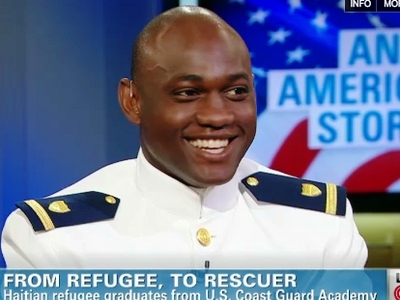 When Orlando Morel was just 6 years old, the Haitian refugee was starving, dehydrated and lost among the masses of a tightly packed boat, feeling completely alone although he was with his mother.

Morel was rescued by the U.S. Coast Guard that day, 18 years ago.

Today, he can do the same for someone else. On Wednesday, the 24-year-old graduated from the U.S. Coast Guard Academy in Connecticut.

The ensign will be serving on a cutter out of Florida, helping to rescue Haitian refugees fleeing to the United States.