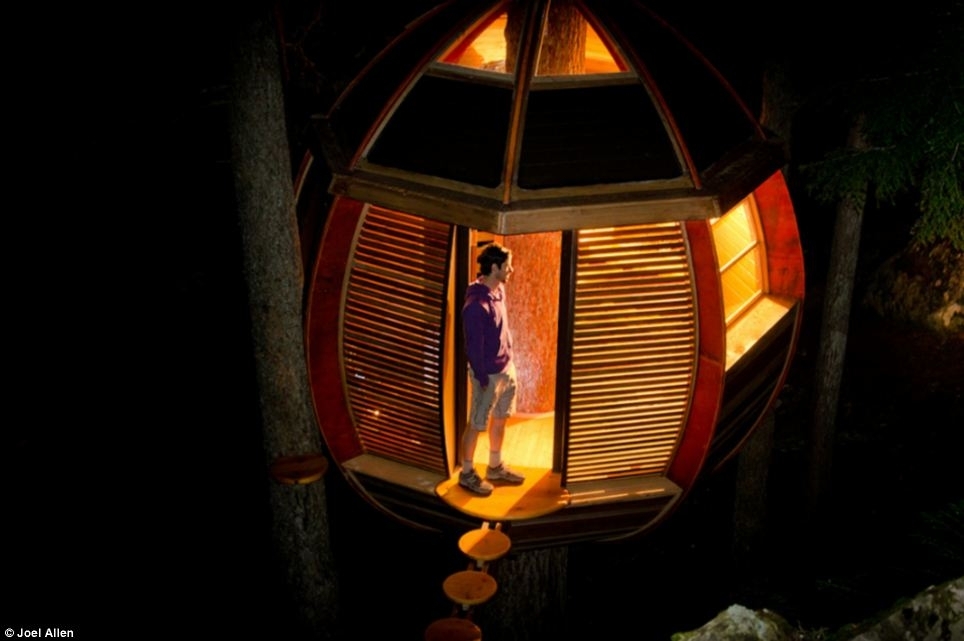 It took months to find the right tree to build on, and when he did the spot was on public land looking down on a row of multi-million dollar homes.

But that didn’t stop Joel Allen – he just built this incredible egg-shaped treehouse in Canada anyway, without telling anyone.

The computer technician-turned-carpenter started off by creating a scale model of his design to test its strength and durability, before beginning the months-long quest to find the perfect tree. 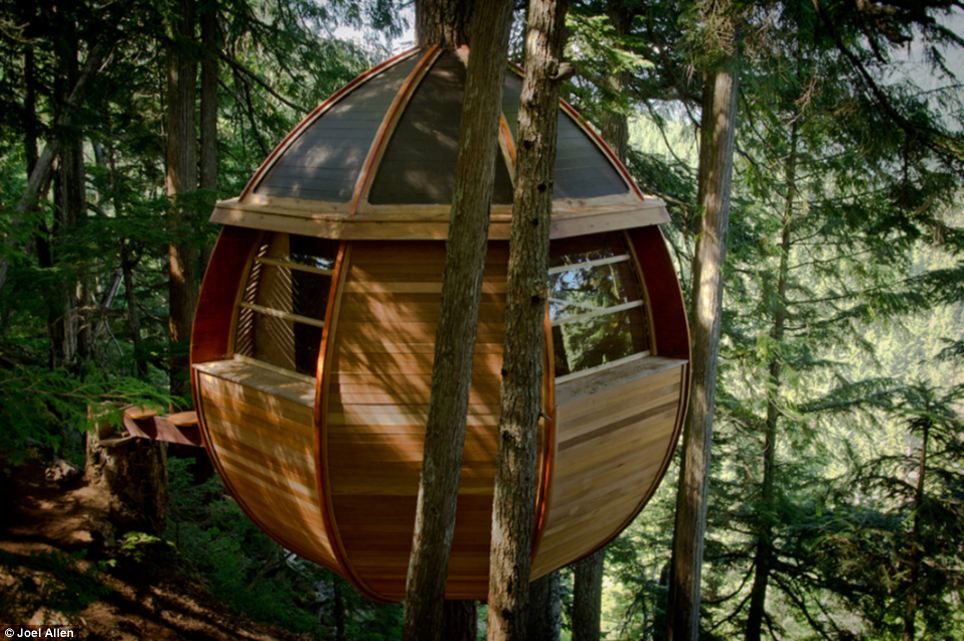 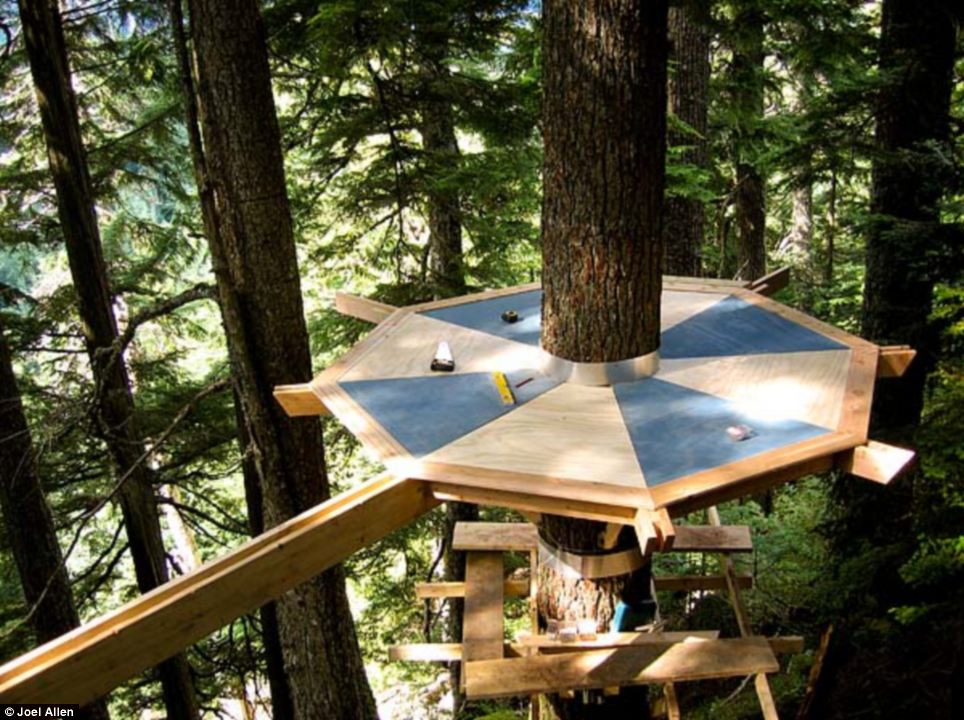 Joel took years to construct the treehouse. At this point he was working on the base

Without the money to buy property, he decided to do it on Crown land in the forests of Whistler.

‘Finding that perfect spot on Crown land wasn’t so easy,’ he said. ‘I had an informal checklist of requirements, the most important ones being that it within a reasonable distance to a road, yet out of sight and out of earshot of human traffic.

‘The other requirement was hard to qualify, but was of prime importance: the shape of the egg would need to suit the environment and be proportionate to the tree. I couldn’t explain exactly what that was but I figured I would know it when I saw it.’

Mr Allen found it in a patch of old growth near a development of multi-million dollar homes, then began secretly constructing it. The process took years, thousands of dollars, and many free items found on Craigslist.

Finally, he created the HemLoft. 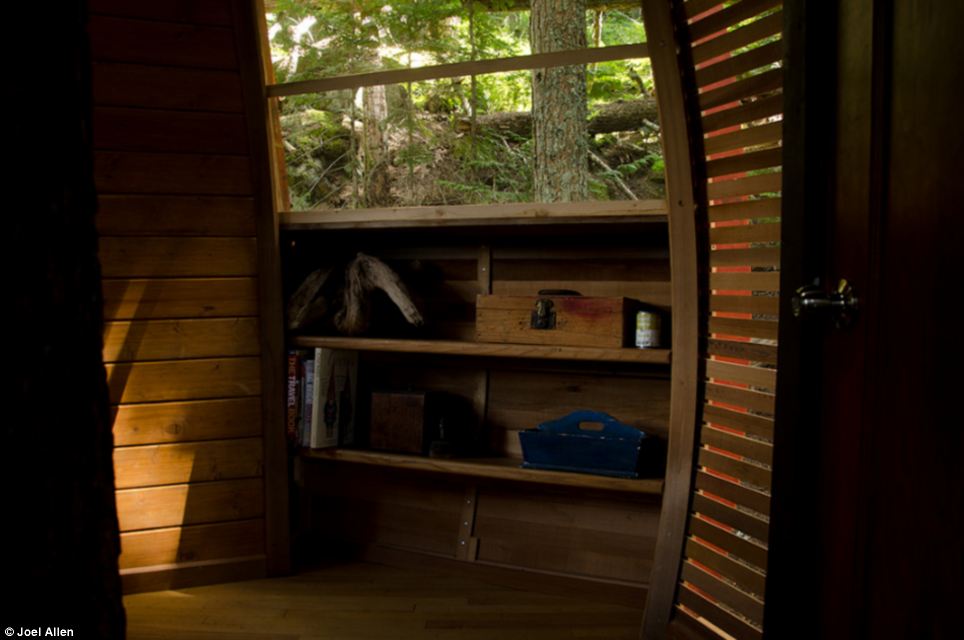 Without the money to buy property, Joel decided to do it on Crown land in the forests of Whistler 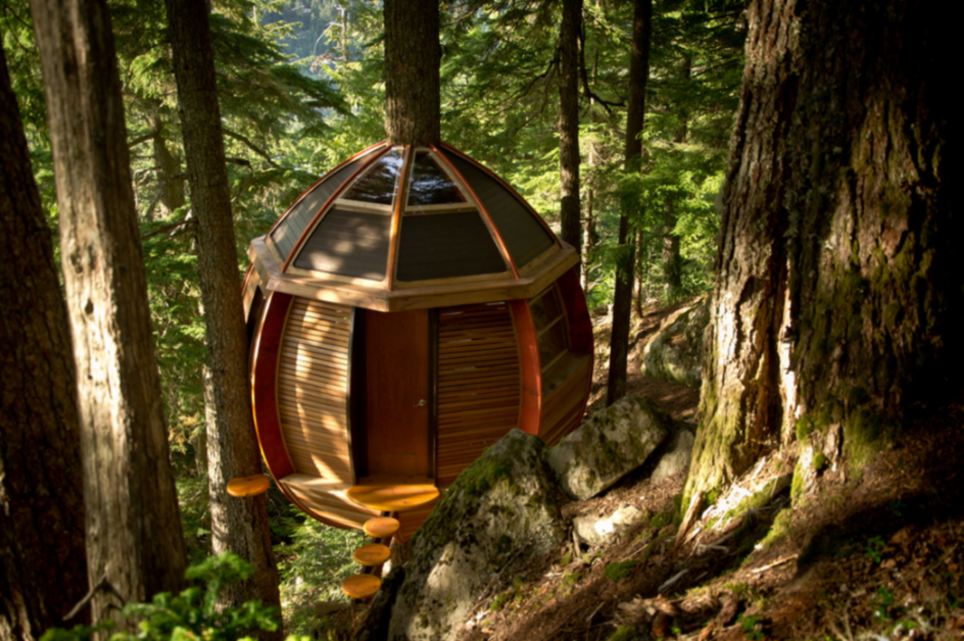 Hidden: The treehouse in Hemlocks was built in a forest away from view of nearby homes 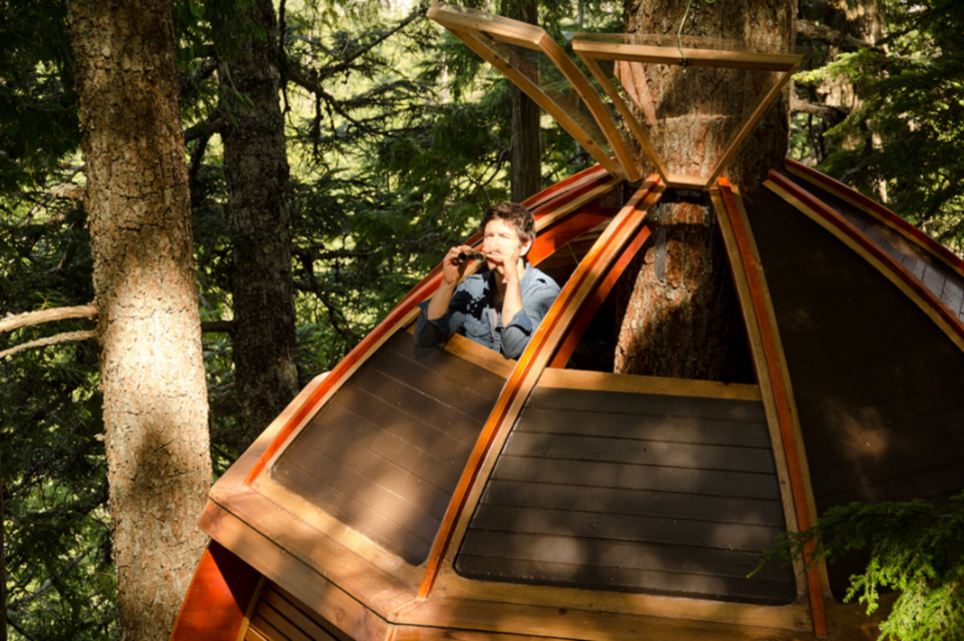 Admiring the view: Joel Allen in the treehouse he built using items from Craigslist

Asked by a friend why he did it, Mr Allen said: ‘I found myself grasping for some sort of rationalisation that would make me seem less crazy.

‘She said “no, why did you really build it?” For the first time in my life, I was forced to face the truth about it. I said “I guess… I just wanted to build something cool”.’

‘Since the treehouse was built on crown land, I don’t technically own it, and so its fate is uncertain. 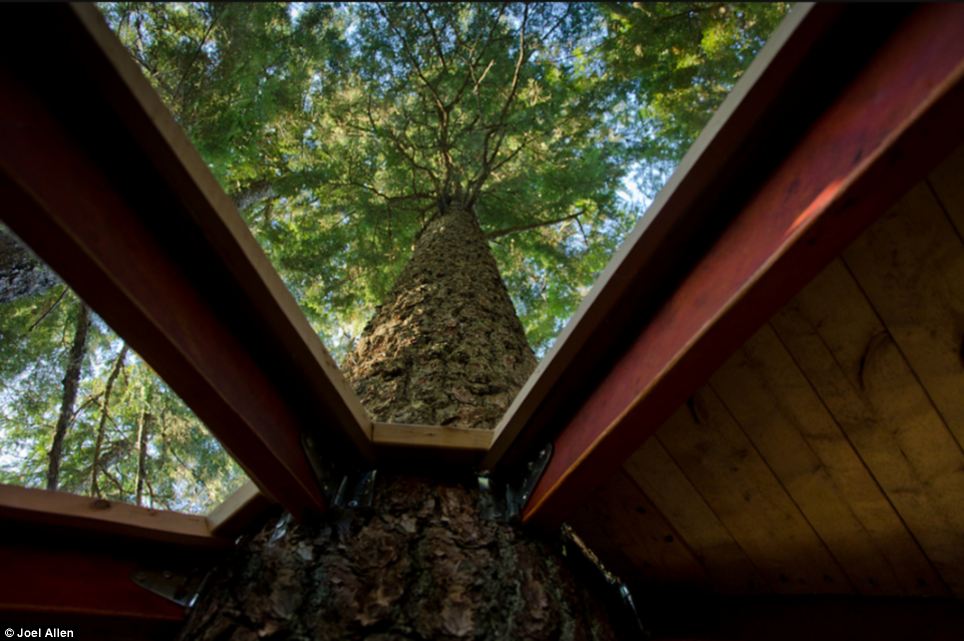 Joel said: ‘The shape of the egg would need to suit the environment and be proportionate to the tree. I couldn’t explain exactly what that was but I figured I would know it when I saw it.’ 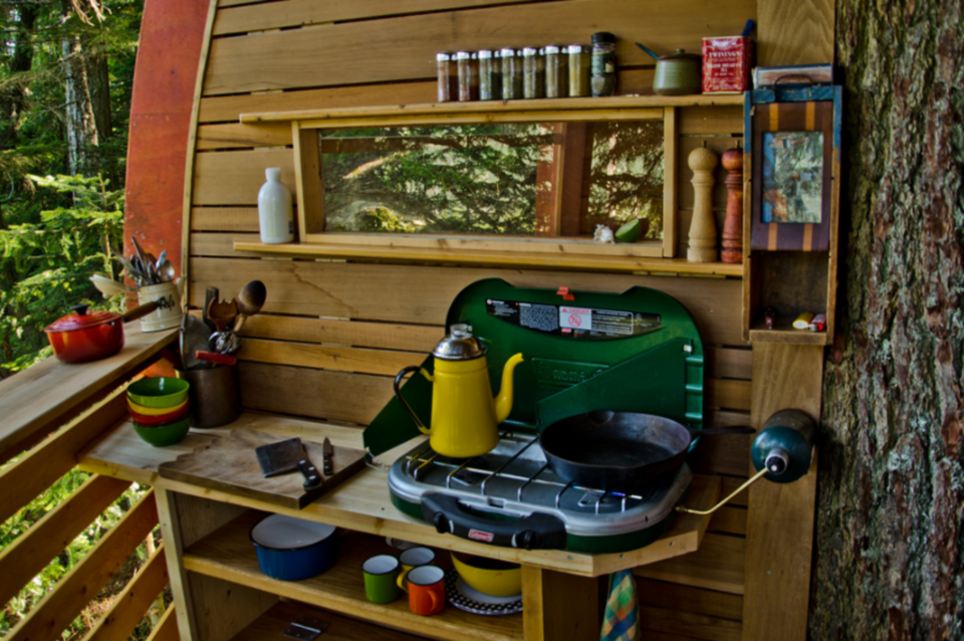 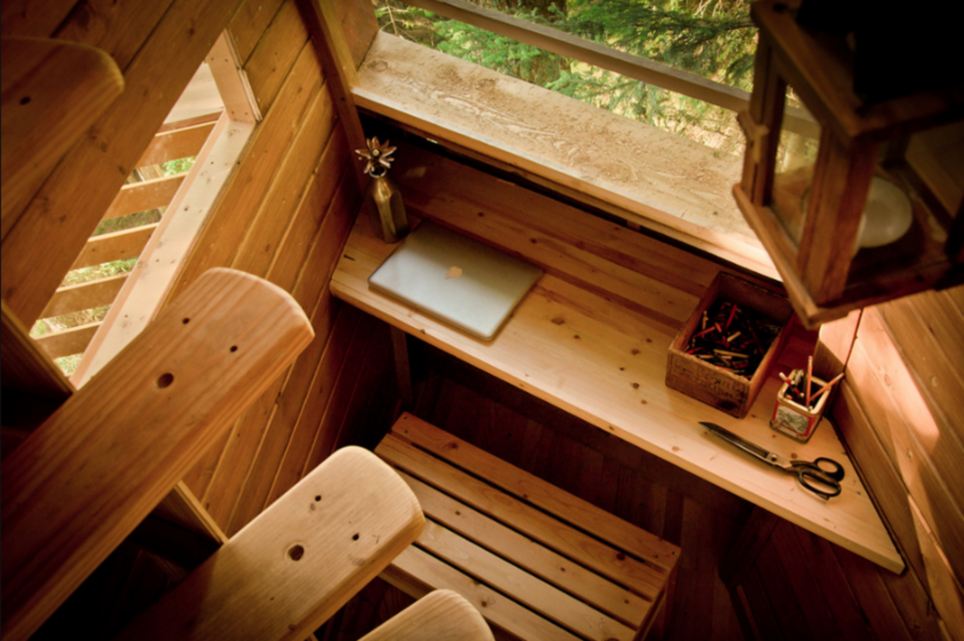 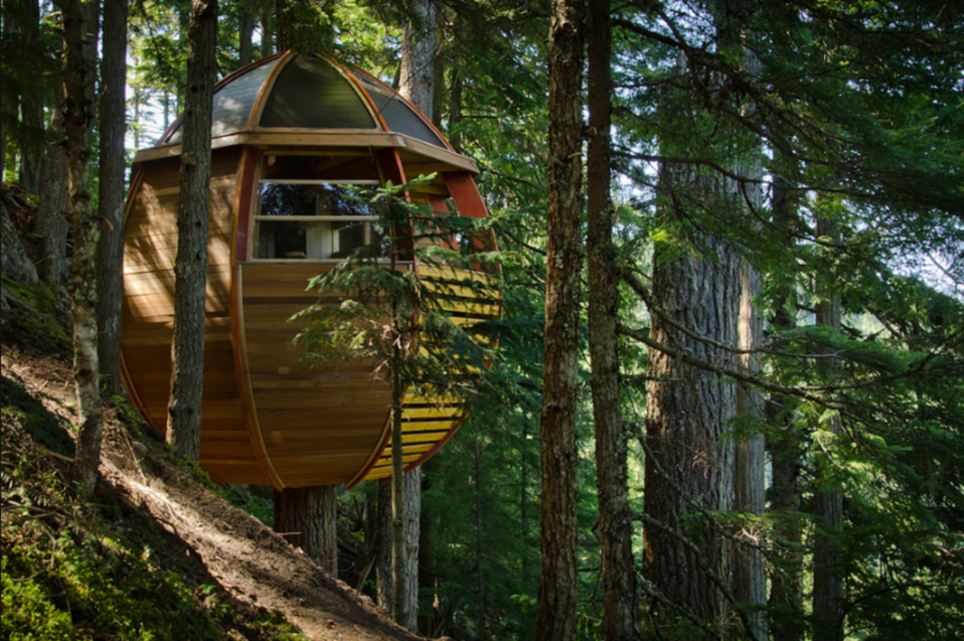 For three years I kept the HemLoft secret, but now that I’m finished, I’ve found myself wanting to share it…Coming out of the bush about the HemLoft is fun, however it poses a few problems; if people know about it, they might try to find it. And if the wrong people find it, they may make me take it down.

‘It took a lot of work to build it, and I’d rather not take it down, just yet. So I’ve been thinking of ways to expose the HemLoft, while somehow making it legal.

‘To the best of my knowledge, Squatting on Whistler Mountain, beneath some of Western Canada’s most luxurious mega-homes would not be looked favourably upon.’ 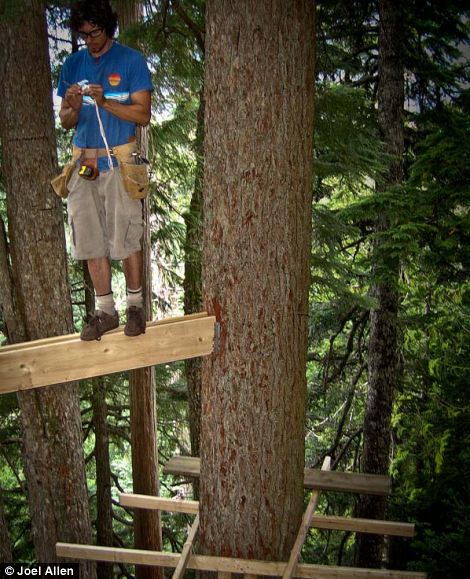 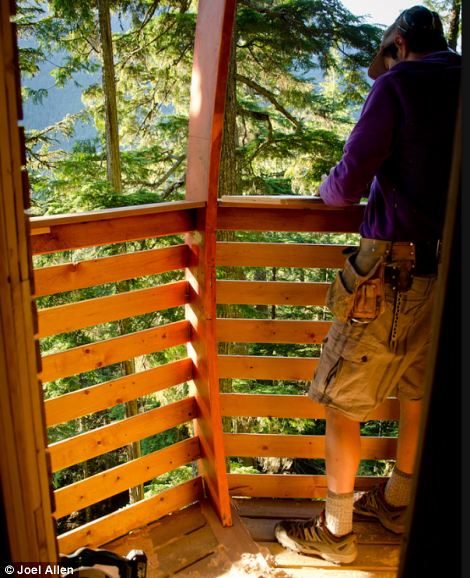 Joel Allen said: ‘It took a lot of work to build it, and I’d rather not take it down, just yet.’ 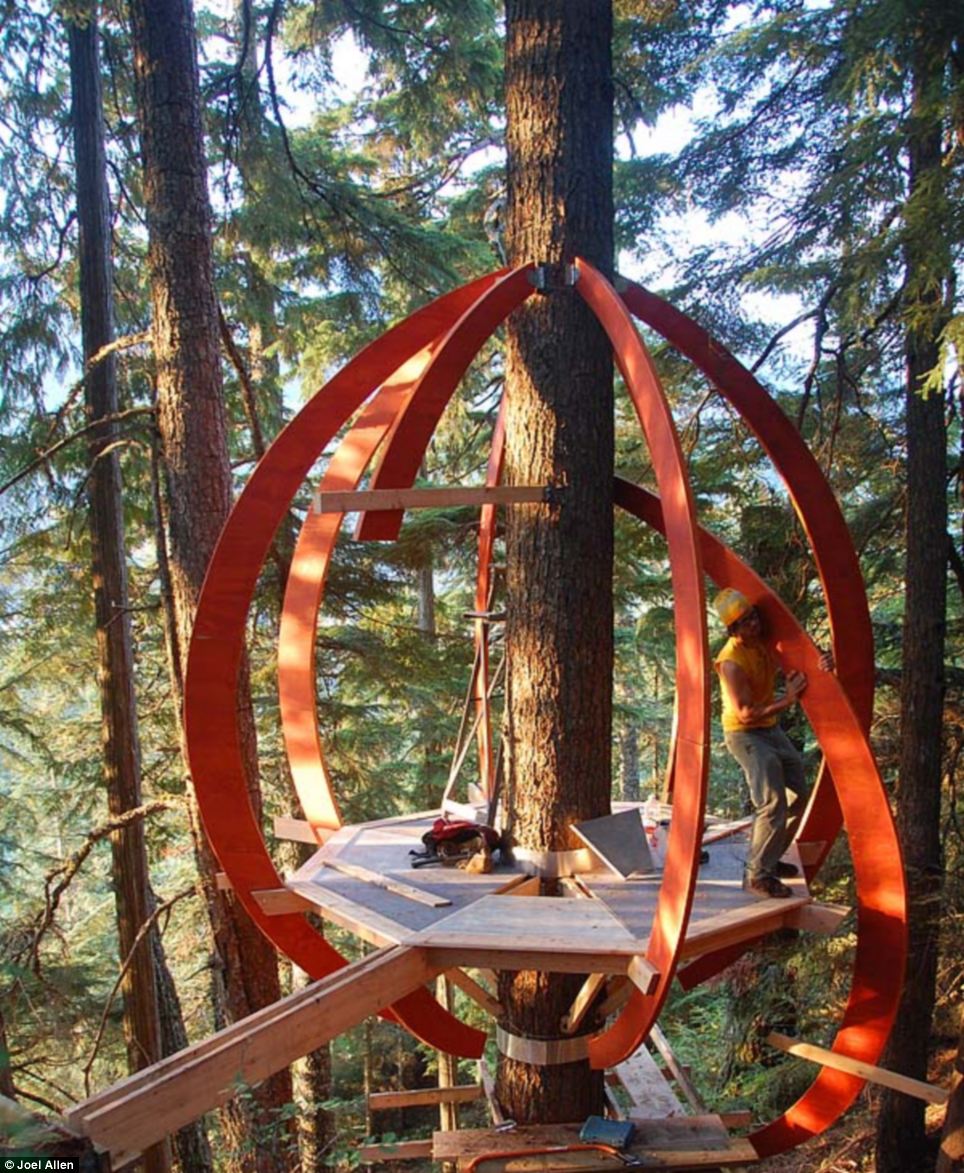