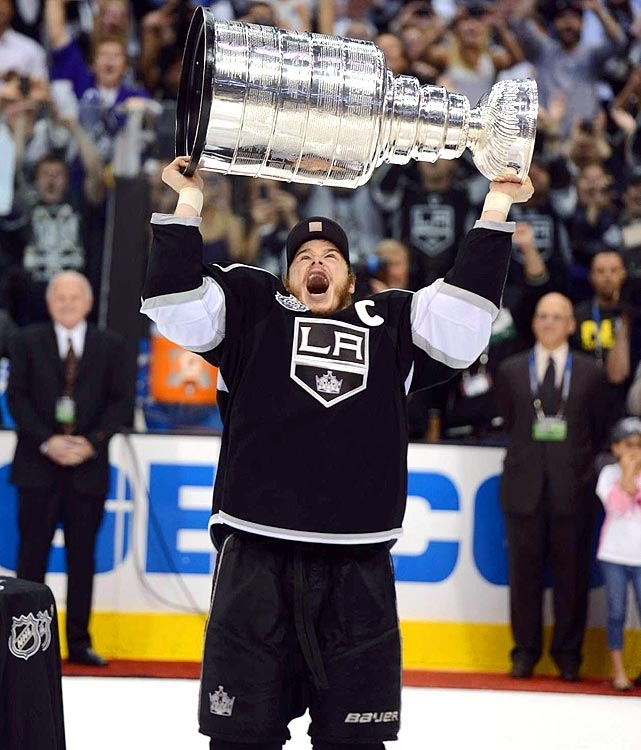 Anyone from Ithaca, NY who had checked their Facebook page around 11:30pm last night knew instantly who had won the NHL Stanley Cup, and who was the unsung hero.  Ithaca’s hometown star Dustin Brown who is the captain of the LA Kings lifted Lord Stanley’s Cup as all Ithacans praised him for putting our city on the map with his hard work.  Dustin scored the game’s first two goals in route to leading the Kings to their first ever Stanley Cup. Facebook pages erupted, while twitter was also trending with Dustin Brown pictures, praises, and stories of growing up with him from his youth in Ithaca.  We at Good World News are proud to say we went to Pre-School through Highschool with Dustin, and look forward to him bringing the Stanley Cup to Ithaca with him this summer!!

Spread the love
2012-06-12
Previous Post: Eating fish to keep your vision sharp in old age
Next Post: A couple’s secret to a 64 year marriage – Matching Outfits