By: Jon
In: Environment 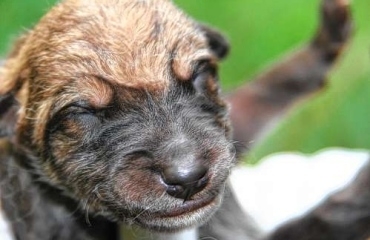 Eight rare Mexican wolf pups have been born at a preserve in Westchester, a development that could aid the federal program that has reintroduced the endangered species to the wild.
The Wolf Conservation Center in South Salem announced online Monday that five males and three females were born Sunday to the Mexican wolves known as F749 and M740.
A video on the center’s website showed a furry gray mass of tiny pups, some of them apparently nursing.
The announcement said the pups were no bigger than a potato.
Peter Siminski, coordinator of the Mexican wolf program for the U.S. Fish an d Wildlife Service, said last year that there were only about 50 Mexican wolves in the wild in the United States. The wolves are kept along the New Mexico-Arizona state line under the federal program that reintroduced them to the wild in 1998.
“These pups are not only adorable, they’re also great contributions to the recovery of their species,” Monday’s announcement said.
The wolves are not on public exhibit. But webcams, available on the website, are used to spy on them, and staffers strongly suspected in recent weeks that the wolves were expecting.

Spread the love
2012-06-25
Previous Post: Vein Grown From Her Own Stem Cells Saves 10-Year-Old
Next Post: The Only Management Strategy You’ll Ever Need