By: Jon
In: Health
Tagged: relationships 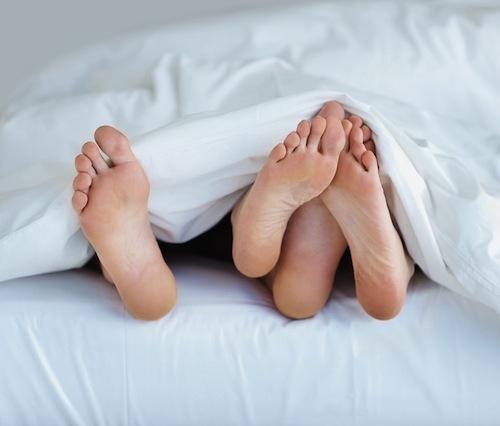 The health benefits of sex extend well beyond the bedroom. Turns out sex is good for you in ways you may never have imagined.
When you’re in the mood, it’s a sure bet that the last thing on your mind is boosting your immune system or maintaining a healthy weight. Yet good sex offers those health benefits and more.

That’s a surprise to many people, says Joy Davidson, PhD, a New York psychologist and sex therapist. “Of course, sex is everywhere in the media,” she says. “But the idea that we are vital, sexual creatures is still looked at in some cases with disgust or in other cases a bit of embarrassment. So to really take a look at how our sexuality adds to our life and enhances our life and our health, both physical and psychological, is eye-opening for many people.”

Sex does a body good in a number of ways, according to Davidson and other experts. The benefits aren’t just anecdotal or hearsay — each of these 10 health benefits of sex is backed by scientific scrutiny.

Among the benefits of healthy loving in a relationship:

A big health benefit of sex is lower blood pressure and overall stress reduction, according to researchers from Scotland who reported their findings in the journalBiological Psychology. They studied 24 women and 22 men who kept records of their sexual activity. Then the researchers subjected them to stressful situations — such as speaking in public and doing verbal arithmetic — and noted their blood pressure response to stress.

Those who had intercourse had better responses to stress than those who engaged in other sexual behaviors or abstained.

Another study published in the same journal found that frequent intercourse was associated with lower diastolic blood pressure in cohabiting participants. Yet other research found a link between partner hugs and lower blood pressure in women.

Good sexual health may mean better physical health. Having sex once or twice a week has been linked with higher levels of an antibody called immunoglobulin A or IgA, which can protect you from getting colds and other infections. Scientists at Wilkes University in Wilkes-Barre, Pa., took samples of saliva, which contain IgA, from 112 college students who reported the frequency of sex they had.

Those in the “frequent” group — once or twice a week — had higher levels of IgA than those in the other three groups — who reported being abstinent, having sex less than once a week, or having it very often, three or more times weekly.

Thirty minutes of sex burns 85 calories or more. It may not sound like much, but it adds up: 42 half-hour sessions will burn 3,570 calories, more than enough to lose a pound. Doubling up, you could drop that pound in 21 hour-long sessions.

“Sex is a great mode of exercise,” says Patti Britton, PhD, a Los Angeles sexologist and president of the American Association of Sexuality Educators and Therapists. It takes work, from both a physical and psychological perspective, to do it well, she says.

While some older folks may worry that the efforts expended during sex could cause a stroke, that’s not so, according to researchers from England. In a study published in the Journal of Epidemiology and Community Health, scientists found frequency of sex was not associated with stroke in the 914 men they followed for 20 years.

And the heart health benefits of sex don’t end there. The researchers also found that having sex twice or more a week reduced the risk of fatal heart attack by half for the men, compared with those who had sex less than once a month.

Boosting self-esteem was one of 237 reasons people have sex, collected by University of Texas researchers and published in the Archives of Sexual Behavior.

That finding makes sense to Gina Ogden, PhD, a sex therapist and marriage and family therapist in Cambridge, Mass., although she finds that those who already have self-esteem say they sometimes have sex to feel even better. “One of the reasons people say they have sex is to feel good about themselves,” she tells WebMD. “Great sex begins with self-esteem, and it raises it. If the sex is loving, connected, and what you want, it raises it.”

Having sex and orgasms increases levels of the hormone oxytocin, the so-called love hormone, which helps us bond and build trust. Researchers from the University of Pittsburgh and the University of North Carolina evaluated 59 premenopausal women before and after warm contact with their husbands and partners ending with hugs. They found that the more contact, the higher the oxytocin levels.

“Oxytocin allows us to feel the urge to nurture and to bond,” Britton says.

Higher oxytocin has also been linked with a feeling of generosity. So if you’re feeling suddenly more generous toward your partner than usual, credit the love hormone.

As the hormone oxytocin surges, endorphins increase, and pain declines. So if your headache, arthritis pain, or PMS symptoms seem to improve after sex, you can thank those higher oxytocin levels.

In a study published in the Bulletin of Experimental Biology and Medicine, 48 volunteers who inhaled oxytocin vapor and then had their fingers pricked lowered their pain threshold by more than half.

Frequent ejaculations, especially in 20-something men, may reduce the risk of prostate cancer later in life, Australian researchers reported in the British Journal of Urology International. When they followed men diagnosed with prostate cancer and those without, they found no association of prostate cancer with the number of sexual partners as the men reached their 30s, 40s, and 50s.

But they found men who had five or more ejaculations weekly while in their 20s reduced their risk of getting prostate cancer later by a third.

For women, doing a few pelvic floor muscle exercises known as Kegels during sex offers a couple of benefits. You will enjoy more pleasure, and you’ll also strengthen the area and help to minimize the risk of incontinence later in life.

To do a basic Kegel exercise, tighten the muscles of your pelvic floor, as if you’re trying to stop the flow of urine. Count to three, then release.

The oxytocin released during orgasm also promotes sleep, according to research.

And getting enough sleep has been linked with a host of other good things, such as maintaining a healthy weight and blood pressure. Something to think about, especially if you’ve been wondering why your guy can be active one minute and snoring the next.