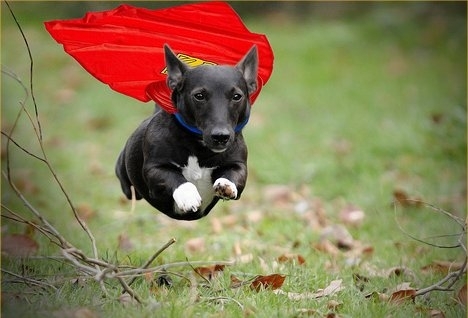 A heroic dog saved a toddler from drowning after the boy fell into a pool this weekend.

A Michigan family got the shock of a lifetime when 14-month-old Stanley nearly drowned after in the pool in the backyard. The reason their son is alive today, they say, is thanks to their family black Labrador Retriever, Bear.

The boy’s mother, Patricia Drauch, left the toddler’s side to get a gardening tool from the garage. When she came out, he was gone. After a frantic search she found him in the swimming pool, she told local T V station WOOD.

“His lips were blue. His eyes were rolled back,” she told the station.

At first glance she thought the boy was floating, but then saw that Bear was underneath him, holding his head above the water.

The dog didn’t move a muscle or make a sound until Stanley was safe. “He proved that he’s got enough love for the kids, that he’s more than just our hunting dog,” Drauch told the station.

Stanley was taken to the hospital and made a full recovery. The next day he was well enough to play with Bear in the yard, WOOD reported.

Child Protective Services is conducting a routine investigation, and the family plans to put a fence around the pool.

“I’d always told [Bear] since he was four weeks old that these are your babies, watch out,” said Drauch. “If Bear wasn’t out, I don’t think Stanley would have made it.”