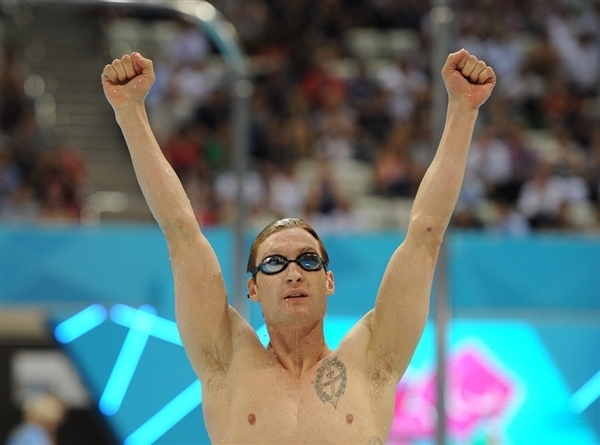 In an amazing feat, one year after losing his eye sight, Brad Snyder wins a gold medal in the Paralympics 400 meter freestyle swimming competition!  Congrats Brad!

Snyder is a former United States Navy Lieutenant who lost his sight in 2011 after stepping on a Taliban explosive device in Afghanistan.  The doctors told him that he’d never see again, but this did not make him give up.  In an interview with NPR, Brad explains how swimming helped bring his confidence back.  This Navy SEAL is no stranger to the pool.  Individuals have to go through extensive training to make the cut for this elite squad.

“I know there are a lot of guys out there, guys and girls, who are struggling with a tough hand and hopefully my success here at the Paralympics can reach out to those people and say, ‘Hey, there is a way forward; there is something you can go out and do that will give you that relevance and success again”, Snyder says in his interview with NPR.

We’re proud of you Brad.  Thanks for inspiring all of us!