8 year old wins $1000 and donates to girl with leukemia 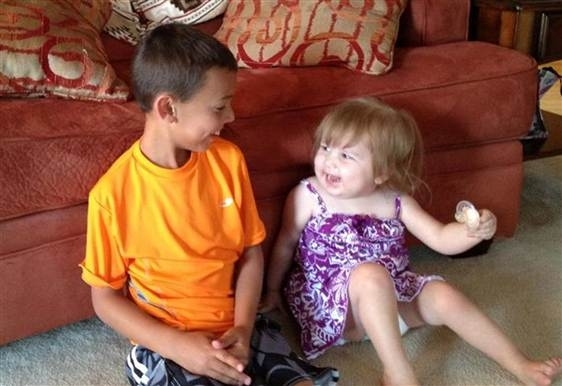 What would most eight year old kids do with $1000? Probably buy a lifetime supply of marshmallows or a bunch of video games.  Not Wyatt Erber, of Edwardsville, Ill.  He donated it to a young girl in the neighborhood diagnosed with leukemia!  This young man knows how to pay it forward!

How did this cool kid win $1000?  There was a summer-long scavenger hunt in their neighborhood that offered $1000 to the winner.  When Wyatt heard about the scavenger hunt, he told his mom – ‘Let’s do this to help Cara!’”.  His mother, Noelle Erber, said in an interview with Today.com : “I remember thinking, ‘Who am I to tell him that he might not win?’”.

Oh, but he did win and immediately called Cara’s parents to give them the money.  Cara’s parents were surprised and astonished from the complete selfless act from Wyatt.  They stated that they could not receive the money from the child, but he insisted.

Wyatt asked his parents: “How much chemotherapy will this buy Cara?”.  His parents are incredibly proud to have raised such a goodhearted son.  Cara’s parents are forever grateful to Wyatt and his family.

What a beautiful story!  This is not just good news, this is GREAT news 🙂