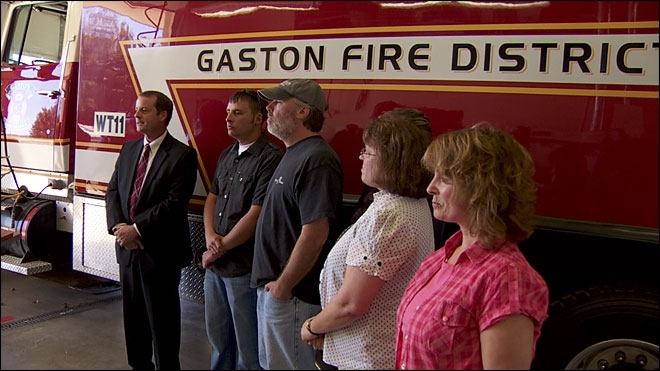 Now this superhero family needs some theme music!  They were enjoying a family reunion at Henry Hagg Lake in Oregon when they heard frantic shouting.  The yelling was coming from a family of eight children that were grasping for life in the water.  The eight children between the ages of 3 and 13 were wading in the shallow water when they fell over one of the many hidden drop offs in the lake.  None of the kids were wearing life jackets and none of them could swim.

In rushed the A-Team to save the day.  Lura Kirby, one of the six superheros that helped saved the day stated that they pulled the children out of the water by “passing them up hand to hand to shore,”.  They rescued 7 children when someone shouted that there was still one more in the water.  The rescuers rushed in the water and found the last child submerged at the bottom.  The family was ready to do CPR on two children that weren’t breathing when they suddenly gasped for air.  All eight children survived!

Spread the love
2012-09-26
Previous Post: Car dealership owner thanks each employee with $1000 per year of service
Next Post: Man drives hummer into speeding car to save kids in a crosswalk