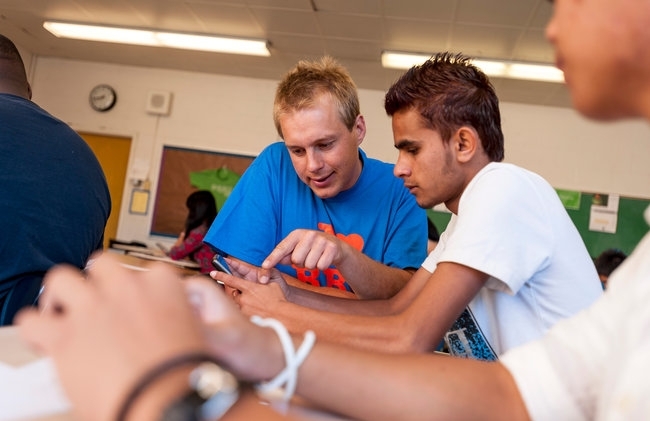 Where have all the computer science graduates gone?  That’s the question that Microsoft is not only asking, but they are taking action to improve those numbers.  According to the Association for Computing Machinery, there are an estimated 150,000 computer science jobs opening up every year for the foreseeable future.  Despite all of these job openings, only 40,000 students graduated in 2010 with Computer Science degrees.

Microsoft has taken action.  The computing behemoth currently sends about 100 engineers to high schools to teach computer science.  It all began in 2009 when Kevin Wang, an engineer at Microsoft, started volunteering as a computer science teacher at a Seattle high school.  The executives at Microsoft caught wind of Kevin’s efforts and decided to turn it into a full blown program called TEALS – Technology Education and Literacy in Schools.

The TEALS program is currently in 22 schools in the Seattle area.  Although most of the teachers are Microsoft employees, other tech companies, including Google, have joined the program.  With their powers combined, they are really making a difference!!