Charlotte Bobcats and Miami Heat duke it out in Raleigh 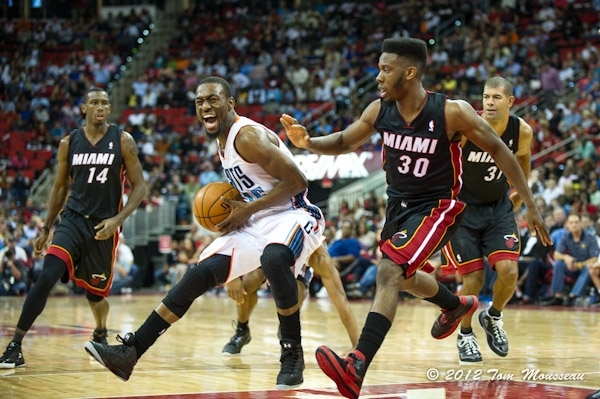 Raleigh erupted on Tuesday night when the Charlotte Bobcats and Miami Heat came to town!  The Good World News team was there to see the action along with 18,000 screaming fans.  There were also several celebrities that attended including Coach K and the Beige Brothers.

It was wonderful that the NBA teams went to Raleigh’s PNC Arena instead of playing at the Bobcats’ regular home in Charlotte.  The place was packed and full of energy.  One kid was almost in tears because he was so close to LeBron.

This was definitely a night to remember in Raleigh, NC.  The home arena of the Hurricanes and NC State was more than happy to host the two NBA teams for the special event.

Thanks for coming to town!!