Newark mayor, Cory Booker, to live on food stamps for a week to raise awareness 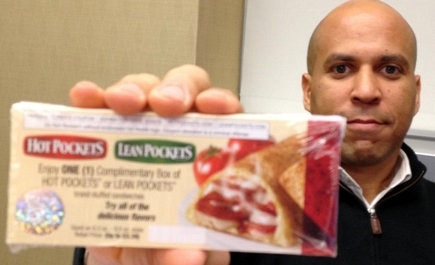 Cory Booker, the Newark, New Jersey mayor, is always findings ways to make an impact.  We previously reported on how he rescued a neighbor from a burning fire.  Now he’s standing up for families living on food stamps.

Booker plans to live on food stamps for at least a week starting Tuesday, December 4th.  According the the Department of Agriculture, his budget will equate to roughly $4.44 a day for food.

This all began from a Twitter conversation Booker (@CoryBooker) had with @MWadeNC.  The individual, @MWadeNC was saying that the government shouldn’t help low income students with school lunches because they are already receiving food stamps.

Booker thought otherwise and decided to take up the #SNAPChallenge as he calls it after the official food stamp name – Supplemental Nutrition Assistance Program.  On Twitter, many others are standing by the mayor and taking up the challenge as well.

Cory Booker continues to be a hero and role model.  Thanks for raising awareness.  We know that good things will come of it!