One good deed every day for a year 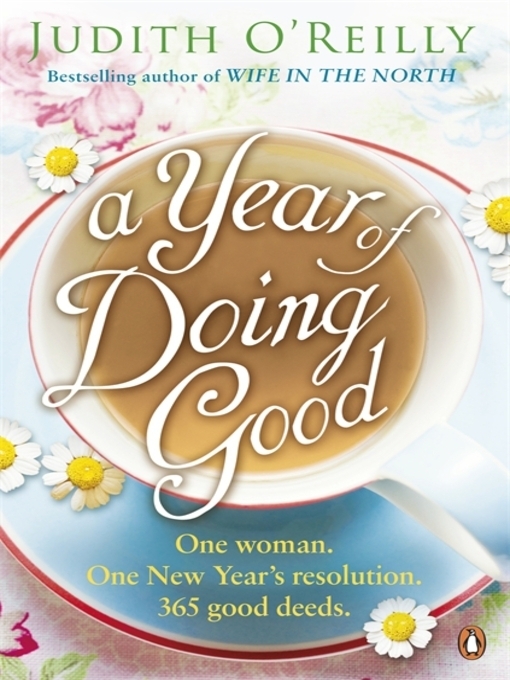 Meet Judith O’Reilly.  She decided to approach the yearly New Year’s resolution in a different way.  She didn’t make a resolution to stop smoking, lose weight, exercise more, or get a new job.  Instead she decided to do one good deed every day!  Whaaaaaaaat? 🙂

“Yes, I was sober when I made the resolution,” O’Reilly laughs.

365 good deeds is impressive!  She credits her idea to watching her parents doing good deeds.

“My parents are saints, and it is tough being the child of a saint,” she states.

Her parents both delivered food to the poor.  Judith’s mother worked in hospice care and also helped in inner-city schools, while her father visited the sick in hospitals and drove elderly to church.

During her “year of good”, Judith sent books to friends in need, donated to charity, and helped people get jobs – just to name a few 🙂  She writes about all of her experiences in her book, “A Year of Doing Good“.

The year gave her quite a few surprises.

“I had always thought that people who did good did it because they were such good people. I thought they felt an obligation, quite often because there was some belief in God.” Judith says. “But as the year went on, I thought, ‘Actually I feel really good.’ Even the migraines that I’m prone to seemed to ease up… I was aware of a buzz from doing good, and when I explored this, I thought, ‘Oh, there you go, there is actually a chemical hit going on… there’s a message there that there’s something in it for you if you do good.”

There you have it!  Doing good also makes you feel good 🙂  Well done Judith O’Reilly – keep up the good deeds 🙂