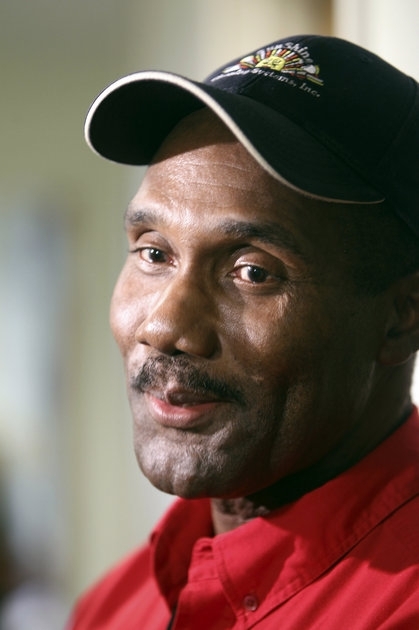 Wow, no one likes losing anything, especially their expensive electronics.  But an iPad with $13,000?!!!  Say whaaaaaaaat?!

That’s right everyone.  Patrick Morgan, a custodian at an airport in Florida found an iPad with $13,000 cash in the case.

“I opened it first, and I saw all the money, and I quickly closed it back up,” said Morgan.

Patrick immediately notified the authorities and shortly afterwards the understandably panicked iPad owner showed up.  The iPad owner gave Patrick a $60 reward, but he did not hold onto the funds long.  Patrick gave some of the money to a homeless woman at the airport and the rest to a struggling coworker.

Is Patrick Morgan the MAN or what?!  The Broward County Aviation Department in Florida recognized his good deeds with a plaque and his employer, Sunshine Cleaning Systems gave him a $625 reward!

“Patrick is such an outstanding and honest person,” said Larry Calufetti, president of Sunshine Cleaning Systems. “What he did speaks volumes about his personality.”

“It’s just a good feeling to know that I returned it and that’s the bottom line. I wasn’t looking for anything.” Patrick tearfully said at his awards ceremony.

Could Patrick Morgan be the most interesting man in the world?  Good World News thinks so.