A couple’s bike is stolen then returned with apology

By: Jeremy
In: Random Good News 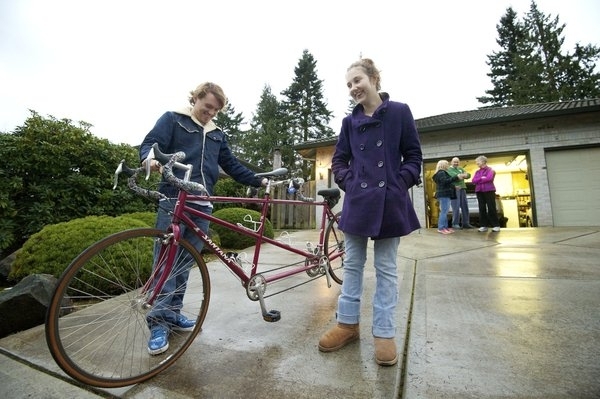 How often do you hear of something getting stolen then returned because the thief felt sorry?  Not that often, but good things happen in this beautiful world.

Harly Forbes and his wife Courtney are developmentally delayed and cannot drive an automobile.  Since they cannot drive they have resorted to biking.  It’s a healthier alternative, but according to Courtney’s mother, “[Courney] had anxiety riding around alone,”.  Harley thought of a cleaver alternative – he purchased a tandem bike that they could ride together!

One morning, they noticed the bike cord was cut, bike was gone from the front porch, and a chair was propped up against the front door so they couldn’t open it.

The couple was devastated.  Their wanted to get their bike returned and it turns out they had a community backing them!  Their story spread through social media and they had money donations pouring in to replace the $900 bike.  One couple even donated their own tandem bike for them!

A few days later, the individual who stole their bike heard their story, felt sorry, and returned it with a letter.  “I bring this back 2 you because I am truly sorry and hope you can forgive me. I am trying to do the right thing.”  Signed – “Guilty”

Harly and Courtney were ecstatic about the returned bike, the new bike donation, and all of the support from the community!  People really came together to show their support 🙂