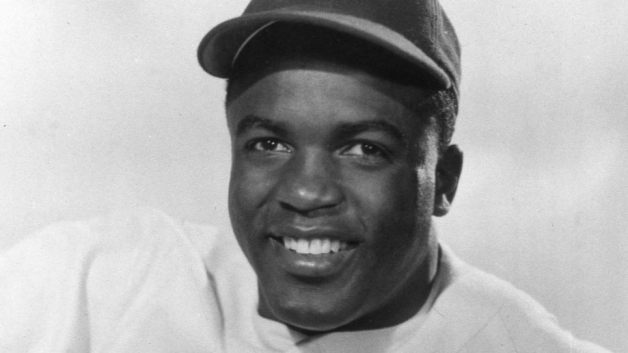 In 1947 as a Brooklyn Dodger, Jackie Robinson broke the baseball color line, and throughout his life was extremely influential in the Civil Rights Movement.

Robinson had an exceptional baseball career playing in 6 World Series, 6 All Star Games, 1947 Rookie Of The Year, and 1949 League MVP. He was inducted into the Baseball Hall Of Fame in 1962.

In 1997, Major League Baseball “universally” retired his uniform number, 42, across all major league teams; he was the first pro athlete in any sport to be so honored. Since that time, Major League Baseball has adopted a new annual tradition called “Jackie Robinson Day,” in which all players on all teams wear #42.

Spread the love
2013-01-31
Previous Post: Waiter stands up for kid with Down syndrome
Next Post: Natalie Portman named ambassador for “Free the Children”