Waiter stands up for kid with Down syndrome 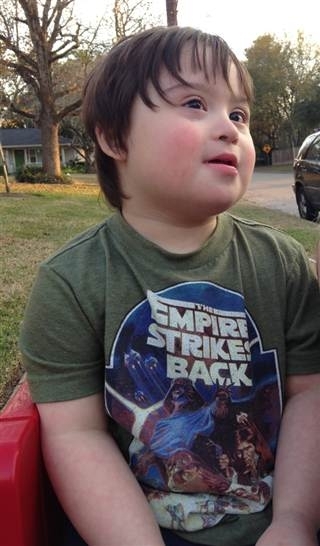 Martin Luther King Jr. once said, “In the end, we will remember not the words of our enemies, but the silence of our friends.”

It really makes an impact when someone stands up for what’s right.  This is precisely what a waiter did recently at Laurenzo’s Prime Rib in Houston.

Kim Castillo, a regular at the restaurant, was dining in with her 5 year old son, Milo, who has Down syndrome.  Milo was excitedly telling several waiters about his birthday.  A family sitting nearby (they are also regulars at the restaurant), asked if they could move away from Milo’s table.  One individuals said a degrading comment out loud about Milo’s disability as they moved.

Michael Garcia, the waiter helping move the family, immediately stopped what he was doing and looked at the customer.

“My personal feelings took over, and I told him, ‘I’m not going to be able to serve you, Sir.” Garcia stated.

As the customer walked out with his group, Garcia further said “‘How could you say that about a beautiful 5-year-old angel?’”.

Although Kim did not hear Garcia standing up for her son, she highly praised him when she found out.  Soon thereafter, the story started spreading on the restaurant’s Facebook page.  Garcia is now being hailed as a hero!

“It’s just impressive to see the outpouring of love and support. People to stand up for other people who can’t stand up for themselves and that it’s worth taking the risk.” Kim said.