By: Marty
In: Lifestyle
Tagged: good people, lost and found, pay it forward 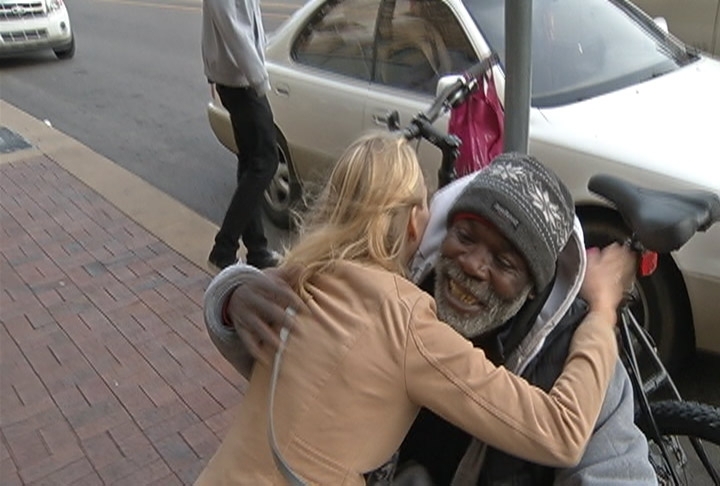 Billy Ray Harris, a homeless man in Kansas City, was asking for money when Sarah Darling came by.  Sarah, opened her wallet and dumped all of her change in his cup…along with her expensive diamond engagement ring.

“My rings were bothering me, so I put them in my coin purse.” Sarah stated.

Sarah didn’t notice what she did until the next day.  Billy Ray didn’t see the ring until an hour after she left and by then it was too late.

“The ring was so big that I knew if it was real, it was expensive.”, Billy Ray said.

Sarah rushed to see Billy Ray the next day.  Billy remembers how the interaction went down – “She squatted down like you did like right there and says, ‘Do you remember me?’ And I was like, ‘I don’t know. I see a lot of faces.’ She says, ‘I might have gave you something very valuable.’ I said, ‘Was it a ring?’ And she says, ‘Yeah.’ And I said, ‘Well, I have it.'”

Billy Ray wasn’t the type to take advantage of someone.   He knows how sentimental the item must have been.

“My grandfather was a reverend. He raised me from the time I was 6 months old and thank the good Lord, it’s a blessing, but I do still have some character,” he said.

The best was yet to come.  Since his story appeared on the news, Billy has been receiving support from all over the U.S.  He has been a little shy about the attention, but was so happy when he received this reward – His long lost sister saw him on the news and reached out to him.  They didn’t even know the other was alive!