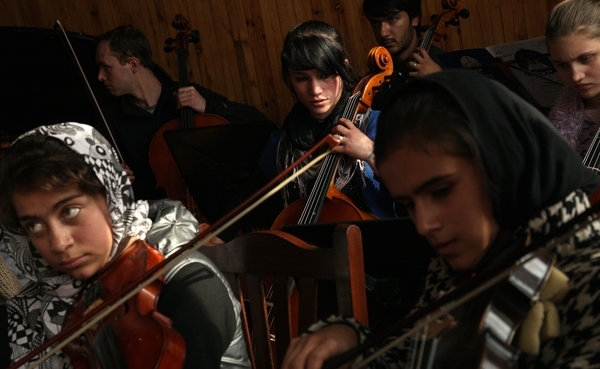 Carnegie Hall is an impressive feat for any musician, but for the Afghanistan National Institute of Music’s youth orchestra, this was almost unimaginable…until now.

One may ask how this would be such an impressive event?  In Afghanistan, the Taliban banned music.  Fortunately, there are good people in the world that helped turn this around.

Ahmad Sarmast, who has a Ph. D. in music from Monash University in Melbourne, Australia founded the school with the help of several embassies.

“Part of our commitment is to promote musical diversity in Afghanistan.”, Sarmast says.

The kids, many of whom are in orphanages, have picked up the music at an incredible pace.  The school was only founded two years ago and the kids are already playing for crowds.

Recently, 48 kids from the school flew to New York’s Carnegie Hall to perform Afghan music to a crowd!

“With these two big concerts in New York and Washington, we are showing people not to give up on Afghanistan.”, says Mr. Harvey, the orchestra’s conductor.  We couldn’t have said it better 🙂