After 5 years apart, man reunites with gorilla he released into wild 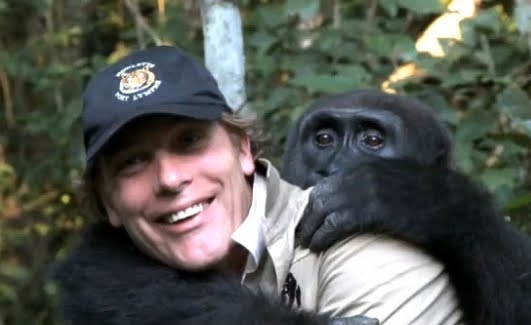 Damian Aspinall, a British conservationist, raised a young gorilla named Kwibi since he was an infant at Howletts Wild Animal Park in England.

When Kwibi reached the age of 5, Damian released him into the wild in Gabon, West Africa.

Damian’s “Aspinall Foundation” has been releasing captive gorillas back into the wild in West Africa for 10 years.

Five years after Kwibi was released, Damian went back to Gabon to see if he could find his old friend.  The short video is very touching!