Billy Joel invites fan on stage to perform with him 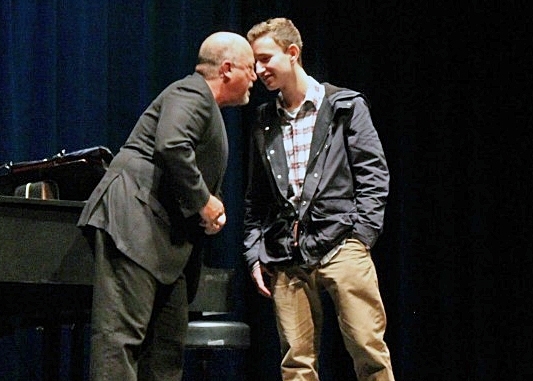 OK, I’m speechless after seeing this video.  Just imagine getting the opportunity to perform on stage with your role model and inspiration!  It was a dream come true for Michael Pollack, a student at Vanderbilt University.

Billy Joel hosted a Q&A session after his concert at the university.  Michael happened to be one of the lucky people to ask a question.  His question?  “I was wondering if I could play with you…I would accompany you that is…”, Michael asked with a shy voice.

Billy Joel’s answer, a simple “ok”, to a screaming crowd.

Their performance of “New York State of Mind” is absolutely magical.

“I love when that happens, that’s nice.  Good luck to you Michael, I think you’re going to do fine”, Billy Joel stated after the performance.