Man buys 193 homes to prevent them from foreclosure 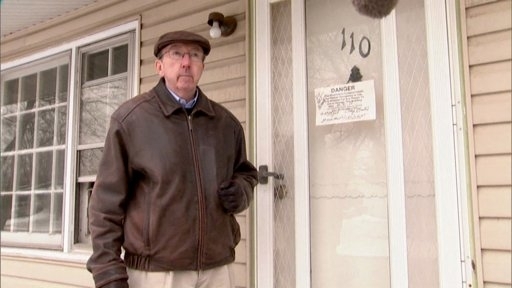 Tom Roeser is on a mission to save Carpentersville, Ill.  He is the 60 year old CEO of the town’s largest employer, Otto Engineering which makes communications gear.

Carpentersville was hit hard by the recession and showed signs of becoming a crime ridden wreck.  Once houses started going under, crime started rising.  Broken windows and graffiti started becoming a common appearance.

Roeser cares deeply about his town and wasn’t going to let it go down.  Unfortunately, he couldn’t get any help.

“It really was neglected,” said Roeser. “I went to the town, the county; I went to Habitat for Humanity; I told them that we needed to do something about this neighborhood. I couldn’t get help from anybody.”

So he took matters into his own hands.  He bought up 193 foreclosed homes, fixed them up, and sold or rented them out at discount rates.  It’s starting to work – crime is going down, other neighbors are improving their houses and people are staying.

Roeser is not expecting a profit from all of this work.  “The plumbers make money, the electricians make money, everybody makes money and the people get a new home at cost,” he said. “I come out of it whole.”