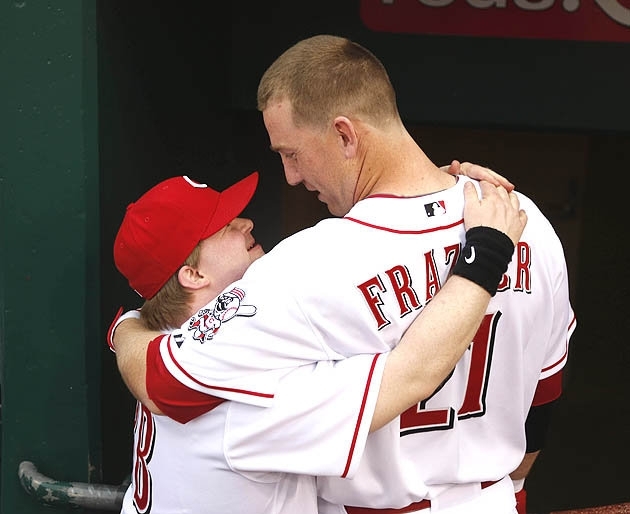 Ted Kremer’s dreams and wishes came true the day he was honorary bat boy for the Cincinnati Reds. Earlier in the year Ted’s parents attended a fund raiser where they won an auction for their son to be a bat boy for one Cincinnati Reds game. On the day of the game, Ted had two simple requests from the ball club… 11 strikeouts for free pizza and a home run from his favorite player Todd Frazier. On that day, both of Ted’s wishes came true! Ted was born with down syndrome and doctors originally said the he would likely never smile, talk or walk. Ted’s smile couldn’t have been any bigger that day on the diamond in Cincinnati. The Reds may want to keep Ted as their bat boy full time for the future!

Have a great day, and let the Good News be Yours!