Father and Son graduate together at Morehouse College 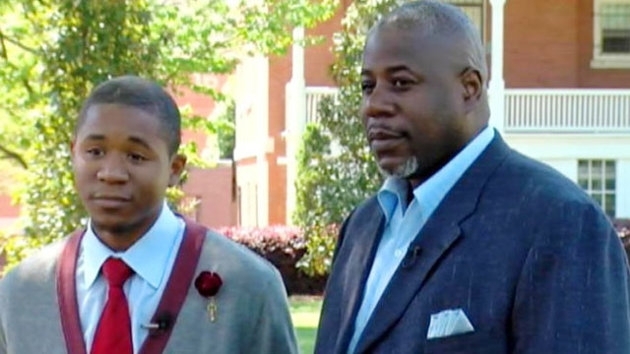 Dorian Joyner Jr. was set to graduate from Morehouse College in Georgia on May 19th.  What made this day even more special was that he would be walking next to his father Dorian Joyner Sr. who was also set to graduate from Morehouse College.  in 1988 Dorian Sr was a student at Morehouse College when he took a career in computers instead of finishing his degree.  He worked at law firms, and other major corporations for the next 20 or so years.  His interest in law brought him back to Morehouse to finish his degree.  When on campus, both father and son would support each other, who often shared the same teachers but were never in the same class.

“I’m definitely proud of him,” Joyner Jr. said. “I’m proud of him as a man to go back and fulfill a degree. A lot of people his age have a family, have a career and really don’t have the time or finance to go back to school. The fact that he took the opportunity to find financing and time to go back to school while maintaining a social life and a family is very astounding. That’s hard to do.”

Congratulations to the Joyner family, and we wish the luck on their respective career paths.

Have a great day and let the good news be yours,