A goodbye to two of the biggest names of their generation 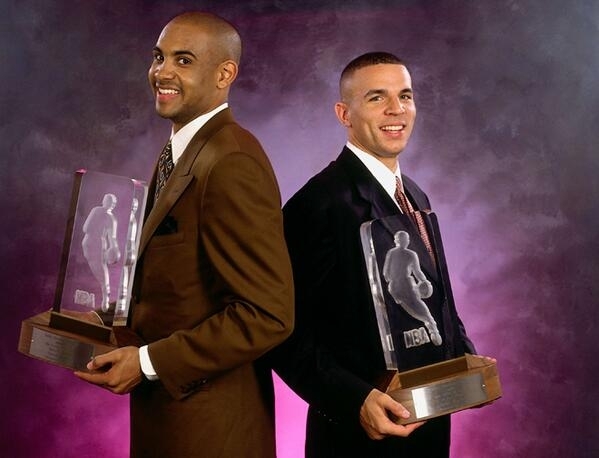 The only 2 players left in the NBA from the 1994 draft just retired within three days of each other.
Jason Kidd and Grant Hill, who were the 2nd and 3rd players picked in the 94 draft, and also shared the 1995 rookie-of-the-year award, both retire with stellar NBA resume’s.
Grant Hill won 2 Championships at the collegiate level with Duke, and also has an Olympic Gold in 96 with the 2nd coming of the original Dream Team. Hill, a 7-time All-Star and 5-time all NBA, was at one point is his career considered one of the best all around players often leading his team in points, rebounds, and assists.  A promising career for Hill was plagued by multiple ankle surgeries, but he still came back to finish a better then average 19 yr career in the NBA.
Jason Kidd’s 19 yr resume brought him 2 Olympic Gold Medals, 1 NBA Championship, and two other trips to the NBA Finals.   Jason kidd also a 10 time All-Star, 6-time all NBA, 9 time all defense, is also the only player in NBA history with at least 15,000 points, 10,000 assists and 7,000 rebounds.
Personally I would love to see these guys on the sidelines coaching one of these days, but you can guarantee you will be seeing Hall-of-fame speeches in their future.
Have a great day and let the good news be yours,
Jeremy
Spread the love
2013-06-04
Previous Post: Blind high school pole jumper qualifies for state tournament
Next Post: Surprise reunion for two long lost sisters