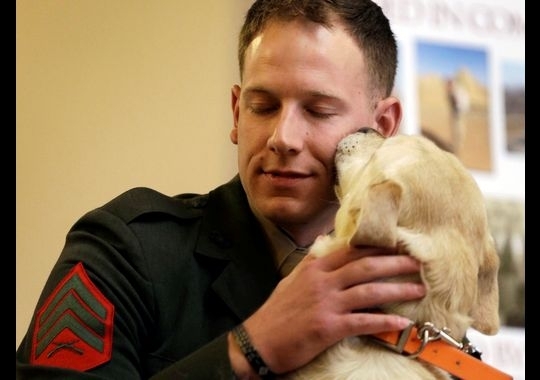 Sergeant Ross Gundlach spent a whole year in Afghanistan with a yellow lab named “Casey”, a bomb sniffing dog.  Together they went on over 150 successful bomb sniffing missions.

“It was a total surprise.” “I owe her. I want to take care of her, but I owe her. I’ll just try to give her the best life I can.”, Sergeant Gundlach said.