By: Jon
In: Entertainment
Tagged: charity 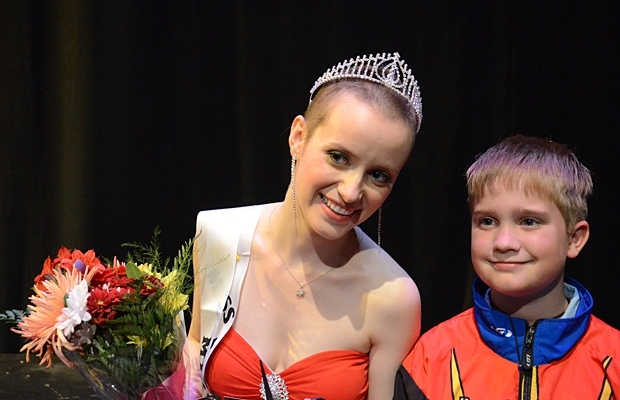 When most pageant contestants win, typically they say “I’m going to Disney world!”.  Well not Patricia Celan, who was crowned  Miss Charity British Columbia.  Patricia’s first act as current Miss B.C. was shaving her head on stage at Langley’s Chief Sepass Theatre, which raised $8,000 for COPS for Cancer which raises funds for the Canadian Cancer Society.  The pageant itself raised $20,000 in total as contestants took part in many group fundraisers for Cops for Cancer.

Spread the love
2013-07-09
Previous Post: 7 year old gets handwritten letter from Vice President
Next Post: NBA star gives back “One corner, one block at a time”