Man builds pirate ship for his wife for their wedding 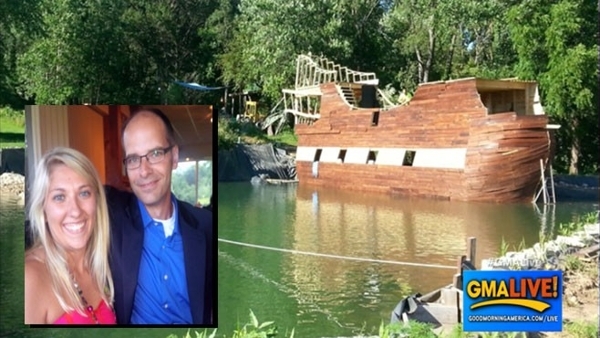 Have you ever suggested something to your significant other that was just so out of the world they couldn’t possible take you seriously!?  Well Tony Miller would always tell his Fiancee, Kaela Schenk that he dreamed of docking a pirate ship in his front yard! Then he came up with the brilliant idea that they could get married on a pirate ship in their yard!

Tony began building his pirate ship with his fiancée’s help in hopes of having it done for their August 3rd wedding.  “It’s something I’ve always wanted to build,” Miller, 35, said. “Something really unique and big and I could tinker around with for a while. Something that would make an atmosphere to come home to that feels you’re coming home to a vacation.”

It took just 3 months for Tony to build the majority of the ship with basically just the ship mast left to put on.  Thank you Tony for making all of us other men look so inferior when it comes to impressing a woman J

Spread the love
2013-07-23
Previous Post: Two Africans students invent soap which protects against malaria
Next Post: Fans give Dave Matthews a ride to his own show