Fans give Dave Matthews a ride to his own show 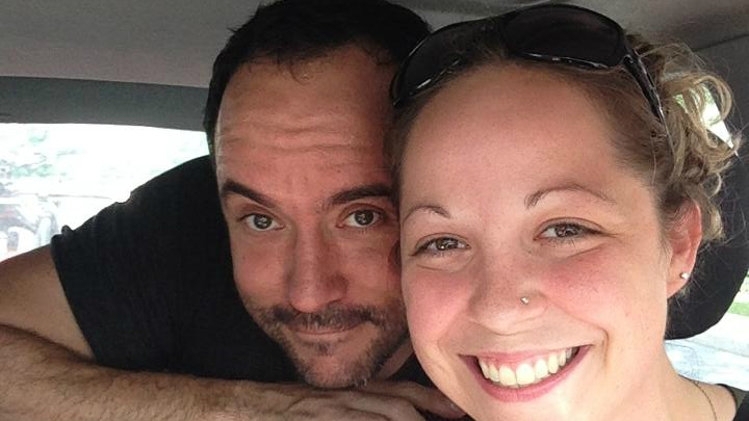 Emily Kraus and her boyfriend were on their way to a Dave Matthews concert in Hershey, PA when guess who they saw stranded on the side of the road?…. grammy award winning musician DAVE MATTHEWS!!

Dave Matthews was on a quick bike ride before his show when his bike broke down.  Emily stopped the car, let him rack his bike, and drove him to the show!

“I did not have a cell phone on the bicycle. ” Matthews said later at his concert. “And then a nice lady named Emily rode up in a red car with a bicycle rack on it and gave me a ride on to the gig.”

“We didn’t know how to make conversation with him in fact, so we were talking about his tour and where he had come from,” Kraus said. “He had just been in Cincinnati and he said ‘I’m taking a short break after this one because I have to drop my daughters off at camp.’ He was just a very humble guy.”

Dave Matthews gave the couple backstage passes, autographed their tickets AND invited them to dinner!

“My cheeks still hurt from smiling, giggling and laughing all night long,” Emily said on her Facebook page.

Spread the love
2013-07-24
Previous Post: Man builds pirate ship for his wife for their wedding
Next Post: 55 customers pay it forward at a donut shop