A Story of Determination and A Boy’s Dream Come True 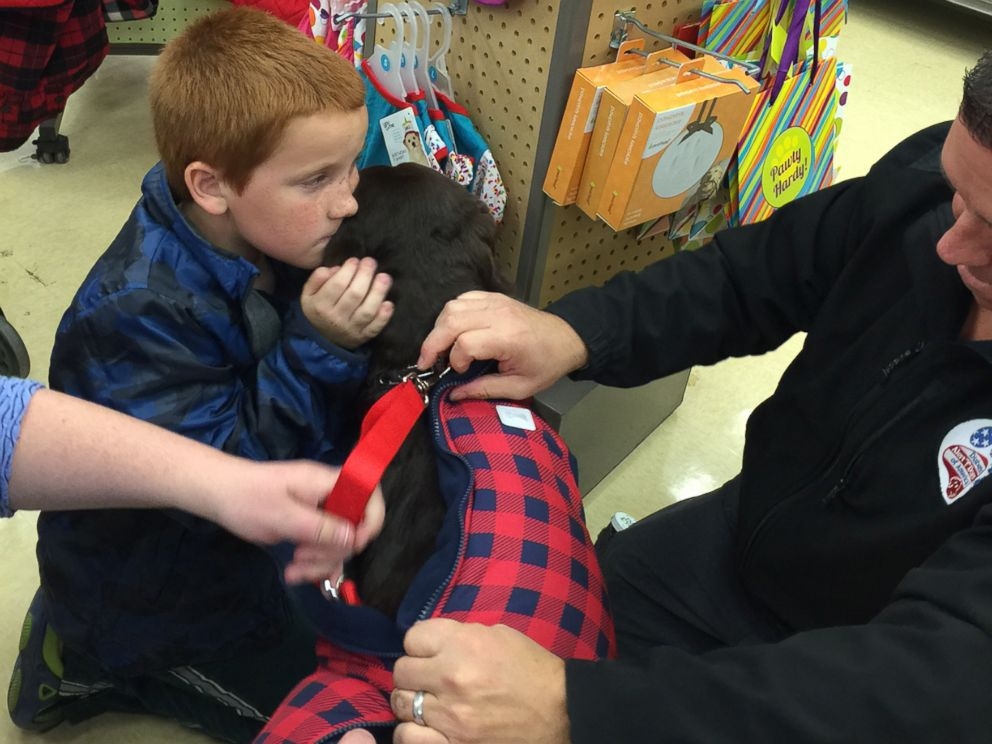 When Aiden, who has type-1 diabetes, was 8 years old, he heard about service dogs who can monitor glucose levels.  Incredibly, these dogs can sense low glucose levels 30 minutes before a blood meter can pick this up.  These dogs cost $15,000, but Aiden wasn’t deterred and started saving one penny at a time.  After four years he had put away $6000 in coins.  Then a local news station picked up on his goal and unwavering determination.  The story went nationwide and donations poured in to make up the remaining $9000.

A chocolate Labrador named Angel has been trained for the past year and recently passed all her tests, while Aiden followed Angel’s progress with videos and pictures.  Angel flew in on SouthWest, and “Aiden is over the moon,” said his mother.  “He was on pins and needles waiting for her.”  She said that Angel will give her peace of mind, particularly at night, when it comes to testing Aiden’s sugar levels.  Angel’s presence also gives Aiden a new sense of independence.