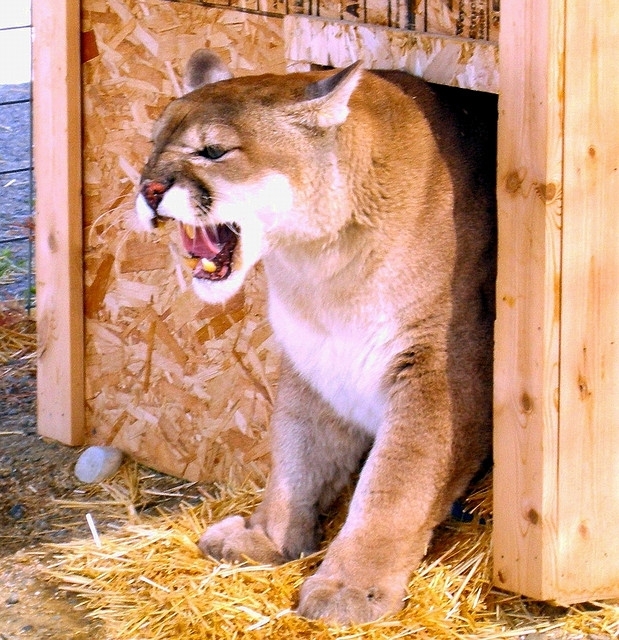 MLAY, Nev. — Lions, tigers and white foxes, oh my! The Safe Haven Rescue Zoo is a 160-acre playground for once endangered animals.

Lynda Sugasa opened the sanction in Imlay, Nev. in 2006, as an extension of her Illinois-based nonprofit organization.

“It’s kind of like an orphanage for the unwanted,” says Sugasa.

Her mission: To rescue wildlife that have been illegally owned and confiscated from across the country and give them a forever home.

“Most of these wildlife are un-releasable, whether it’s an injury, whether they’re orphaned, and not permitted to be re-introduced,” explains Sugasa.

Each animal has their own, disheartening story. Many have come from places they’ve been housed for years, like Max the cougar.

Sugasa explains, “He was in a 10×12 foot horse stall in a barn. There were 19 other cats housed in the other stalls. He was housed with another cougar, and never went outside in his 10-12 years, never saw sunlight.”

It’s stories like these that keep Lynda fighting for these animals’ protection.

“What we don’t want to do is rescue them from a small place and then put them in an equally bad, small place. Our enclosures for our big cats for example are 10,000 square feet.”

Because most of these animals have never been on their own, Lynda and her team hold bi-weekly enrichment programs to prevent cage boredom.

“So maybe they’ve never actually hunted for their own food before. If we give them an object that has a piece of food in it and they have to go find it and rip it apart and find the food, it mimics behavior that they would do naturally but maybe they haven’t ever done before,” says Animal Care Supervisor, Melanie stephens.

It’s at Safe Haven where these animals have been given a second chance at life.

“We try to give them a better quality of life to finish out indignity,” says Sugasa.

The Safe Haven Rescue Zoo is an accredited nonprofit and survives off of financial backing by the nearby mining companies and the community. The sanction is open to visitors and contonues to grow. With costs reaching $5,000 a month, donations are always accepted.

The On May 19, Safe Haven will be holding a fundraiser at the Winnemucca Convention Center with all proceeds going directly to services and educational outreach programs. Burning man tickets will be raffled off, along with many more prizes.