Parents each donate a lung to save their son 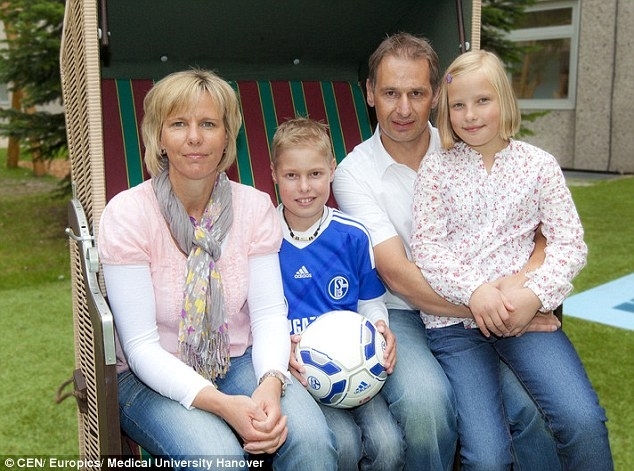 Marius Schneider, a 12 year old in Germany, is now on a steady path to recovery thanks to his loving parents.  Marius was suffering from cystic fibrosis, a genetic disease which causes thick mucus to build up in the lungs.  His family was desperately waiting on a lung donor, but time was running out.  Marius was breathing through a ventilator in order to survive.

Even though times seemed rough, Schneider was in luck.  He has parents that were willing to do anything to get him healthy and they had the help of Germany’s top transplant surgeon, Professor Dr Axel Haverich.  Marius’ father, Lars, stated, “We were desperately waiting for an organ, waiting for a call every day”.  When a donor could not be found, Marius’ parents decided that they would each donate one of their lungs to save their child.  Dr Gregor Warnecke, the doctor in charge of Marius’ care said “The transplant was his last chance.  The hospital would not have operated on his parents if it had not been an absolute necessity”.

The surgeons at Hannover Medical University operated on all three of them at the same time and the procedure was successful.  “Marius was already somewhere between heaven and earth when we operated”, Professor Dr Axel Haverich stated. “He was living in a state of almost perpetual anesthesia.  But he is a real fighter. We had a team of 40 and he came through.”

Marius was released from the hospital after 155 days and he can now lead a healthier life without breathing assistance thanks to his loving parents!