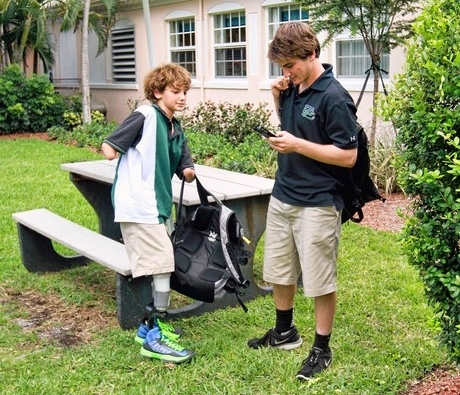 “Mikey’s Run” is a charity started by Harris Stolzenberg and his brother Michael, a 13 year old quadruple-amputee.  They started the charity with an ambitious goal in mind – to raise $1 million!

Their mother laughed when they mentioned their goal.  ‘If you can get $1,000, you should be happy.’, their mother said.

Michael has never been one to give up.  When he was only 8 years old, he lost his limbs to gangrene.  “He didn’t complain one time,” Harris said of his Michael. “He kind of just shrugged it off and said, ‘I’m going to make the most of this.’  That he did – within 4 months of getting his prosthetics, he was skiing.  Within a year, he was playing lacrosse and football for his high school.  So raising $1,000,000 for charity was no big deal 🙂

Oprah’s donation really helped kick it off.  When she got wind of their charity, she called Michael on the phone and said “I want to donate $100,000 to your charity”.  The brothers were ecstatic to receive a call AND donation from Oprah herself!