The Buddy Bench Brings Friends Together 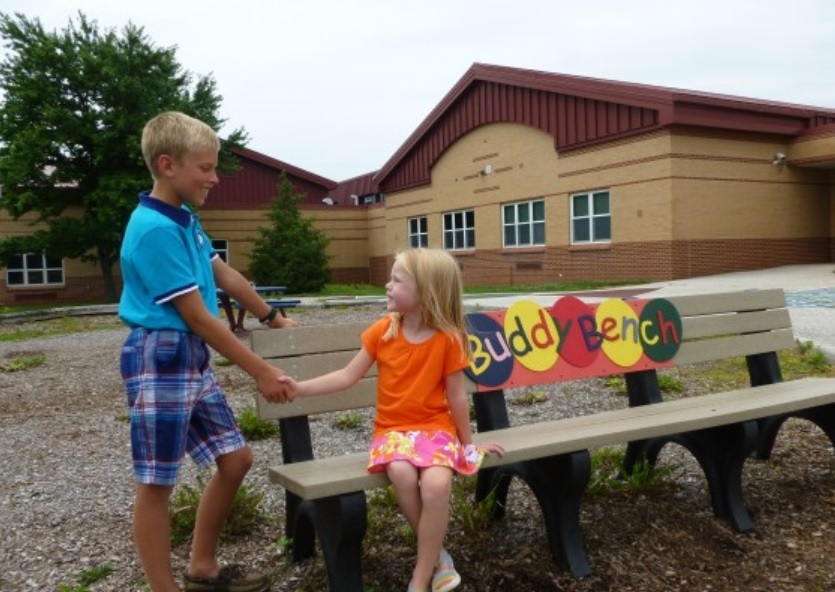 A simple idea to combat loneliness on the school playground – the buddy bench!  Christian, a first grader, saw a picture of a pretty bench, had an idea, and approached his principal.  He knew that some kids looked like they were lonely at recess, and he thought that a bench, labeled as a “buddy bench,” might encourage friendships.  His principal liked the idea, came up with the funds from the school budget, and soon the elementary school playground had a new addition.

The local newspaper picked up the story, then the Huffington Post and NBC, and the buddy bench movement spread across the country.  Students from all over the country have written to Christian, excited about his idea, and motivated to try and get buddy benches on their own playgrounds.

How about let’s all spread the message of friendship, inclusion, and kindness in our own neighborhoods!

Spread the love
2019-01-12
Previous Post: Terminal illness doesn’t stop man from repairing and donating bicycles to children in need
Next Post: Bishops, Knights, and Rooks in the barbershop!