Israel and Iran – We LOVE you 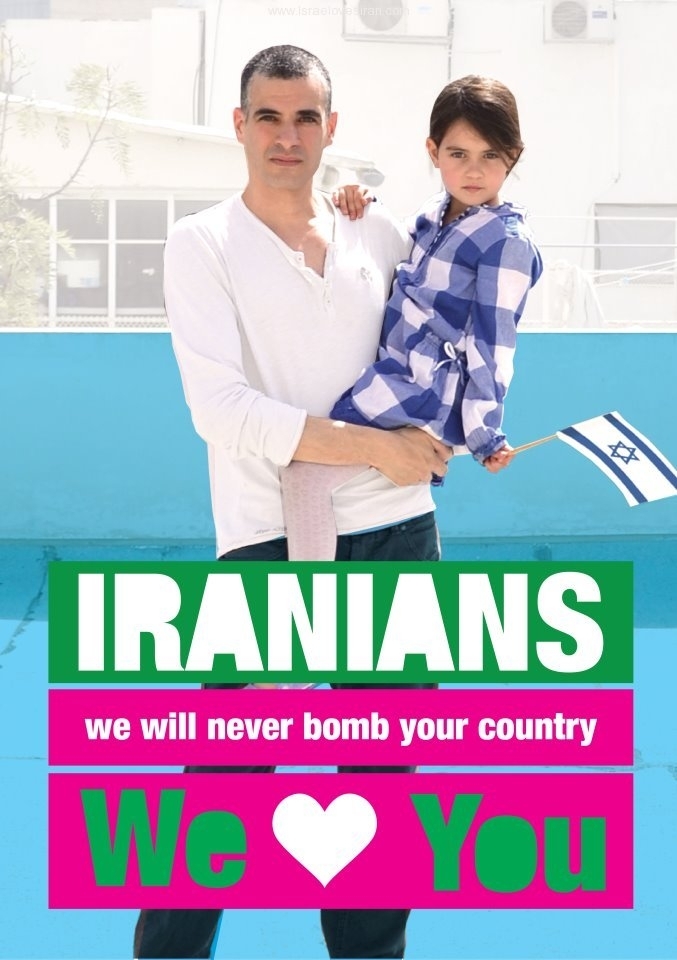 “We LOVE you”.  What beautiful words between two countries that are “supposed” to be enemies.  Ronny Edry, an Israeli graphics designer, knew that something needed to be done quickly before blows were thrown between Iran and Israel.

“If we don’t act now then it’s too late forever”, Edry stated.

Day to day, Ronny creates graphics and posts them online.  He usually gets one or two “likes”, but most of the time people are indifferent about his posts.  This day was different though.  He posted the poster that you see above with him and his child stating “IRANIANS, we will never bomb your country. We LOVE you”.

This poster started going viral.  He was getting positive feedback from Israelis AND Iranians.  One Facebook individual in Iran posted “I applaud your art. It’s so peaceful…. Most people here feel no hatred toward Israel and of course Israelis…We have cultural and historical links.  We can and obviously ‘must’ keep this connection. I hope that no Iranian missile cause any harm to Israelis and further, no Israeli armament take any Iranian lives”.

Individuals were writing tearful posts because they were so moved.  “I asked my wife to come [to see the positive emotional comments].  She came and read the text and started to cry [happy tears].  Everyone is crying now [laughs]” .

An Israeli and Iranian kissing. One of the many replies to Ronny’s poster

“It’s Israelis and Iranians sending the same message one to each other.” Ronny exclaimed!